Mexican wedding cookies are quite well known, but they are by no means Mexico’s only cookie. In the northern states, the dominant cookies -- like the Mexican wedding cookie -- are of the shortbread type broadly categorized as "polvorones," rich, crumbly and dense cookies. At Christmas time the anise infused “biscocho” makes its appearance. The anise cookie, known as biscocho in Mexico, has been cherished for centuries.

Biscochos since the time of the Inquisition, are made with the purest of pork lard. Butter can be used, but it is most authentic to Mexico when made with fluffy “leaf lard,” the lard that surrounds the loin and kidney area of the pig. Leaf lard does not impart a porky flavor or anything other than delicate deliciousness. The argument exists that lard is better than butter for certain baked delights, polvorones included.

Polvorones very much represent the Spanish influence in Mexico. These flavors are the tastes of colonial Mexico and the spice trail. The sugar, cinnamon, pig, wheat, and anise seed are all items brought to Mexico by the Spaniards. History provides many variations, including Sephardic versions (butter not lard), and the “fleur-de-lis” shaped version of New Mexico. The biscocho hearkens to the elegant moments of Mexico's colonial history, and the settling of its northern frontier.

Steps:
1. Preheat oven to 350˚
2. With electric mixer, cream lard, sugar, egg, anise, and vanilla in the medium mixing bowl.
3. In the large mixing bowl, using the fork, integrate the flour, baking powder, and salt.
4. Add the medium bowl ingredients incrementally to the large bowl, use the fork to integrate until the batter is cohesive.
5. For a quick batch, with a frontier feel, use a table to scoop dough, form into balls, place on a floured board, and press cookies out with the bottom of a glass to a round that is about ¼” thick.
6. Before placing cookies on the baking sheets, dredge one sideof the cookie in the sugar and cinnamon mixture.
7. Arrange cookies on baking sheet, sugar-cinammon side up.
8. Bake 10-12 minutes, cookies are a pale blond.
9. To use this dough with cookie cutters, chill dough for 20 minutes. Roll chilled dough out on a lightly floured board to ¼’ thickness, then follow from step 6 above to bake.


You Should Also Read:
Lard - Fatback or Leaf 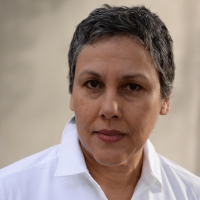